Intertrade was established in Italy in the early 1980s by Nadi Fiori, the owner of the Taverna degli Artisti bar in Rimini. The company was a collaboration with beer distributors, the Turatello Brothers, and the Intertrade name appears on Fiori's bottlings up to around 1989. Fiori selected his whiskies from the Gordon & MacPhail catalogue, but as a collector himself, and a contemporary of his fellow connoisseur countrymen, Silvano Samaroli and Ernesto Mainardi, he knew the importance striking label designs and requested many of his bottlings at cask strength. Whether under the Intertrade, Turatello or High Spirits banner, Fiori's bottlings are some of the most sought after on the market

A spectacular Laphroaig, part of series of similarly labelled releases from Intertrade that contains several sought after 1960s and early 1970s vintages.

This was distilled in 1966 and bottled at cask strength as an 18 year old.

Laphroaig is the largest of the three heavyweight Islay distilleries in Kildalton, out-stripping the production capacity of neighbours, Ardbeg and Lagavulin, by over 1 million litres per annum. Despite its traditional appearance, Laphroaig was always a forward-thinking distillery. It was bottled as a single malt as early as the 1920s, an unfashionable option at the time, especially for a peated whisky. They were also shrewd in capitalising on post-Prohibition America to add trademark sweetness to their spirit through the use of imported ex-bourbon casks, and hired Scotland’s first ever female distillery manager, Bessie Williamson, in 1954. Laphroaig is one of only a handful of distilleries in Scotland to still use in-house maltings, providing them with 20% of their annual requirements, and contributing to the distillery’s unique flavour profile. 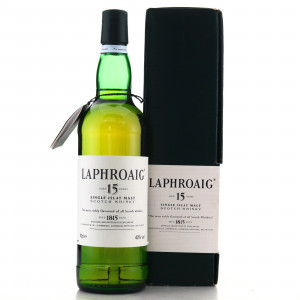 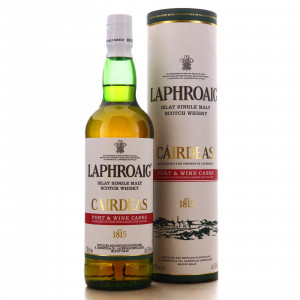 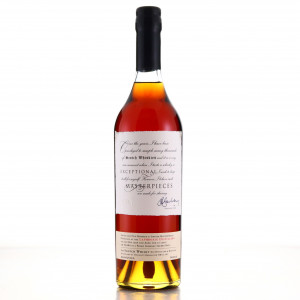 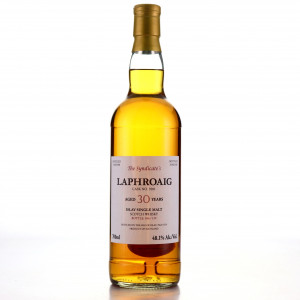