Islay's Bowmore distillery and renowned Italian bottler, the late Silvano Samaroli, are both legends in the world of the whisky. The 1966 Bouquet is the glittering supernova that is created when these two key elements of whisky history collide, at just the perfect moment in time. Regarded by many as the one of, if not the best whisky ever bottled, it is not often one of these absolute gems in brought to market.

The Bouquet is rated in joint first place on WhiskyBase.com's Top 1000 whiskies of all time, sharing the podium only with another Samaroli epic, the Laphroaig 1967, bottled for him by R.W. Duthie. The French collector, whisky author and owner of the famous Auld Alliance bar in Singapore recently opened a bottle of the Bouquet for customers in that very venue, with enthusiasts and connoisseurs flocking from all over Asia to sample a drop of this liquid gold. And if you still need convincing, the seasoned palate of Serge Valentin of WhiskyFun.com awarded this Bowmore a staggering rating of 97 points. He writes:

"Wow! Not an easy, sexy old Bowmore at all, almost a ‘bugger’ and you have to sort of tame it, but when you manage to do so, it’s just splendid. One of the very few total winners I’ve been lucky to be allowed to taste."

Valentin's WhiskyFun.com co-contributor, Angus MacRaild who has also tasted this, has also personally inspected this bottle.

The coming together of this cask of Bowmore and Silvano Samaroli is one of those rare, chance meetings that go on to write the greatest stories. The aptly named Bouquet represents almost the resplendent blossoming of the long-growing Italian love affair with single malt Scotch whisky. Distilled in 1966, a golden era in production at Bowmore distillery, and the time when Armando Giovinetti was hard at work pushing single malt whisky in his native Italy. Samaroli founded his bottling company in Rome just two years later, in 1968. Giovinetti believed lighter, younger whisky, the Glen Grant 5 year old specifically, was best positioned to capture the hearts and taste buds of the Grappa favouring Italian public. The forward-thinking Samaroli had other ideas though. A kindred spirit with his contemporaries at W.M. Cadenhead, he believed wholeheartedly in the bottling of cask strength whisky, and Silvano's first releases were a collaborative effort with Scotland's oldest independent bottler. These were released in 1979, and were closely followed by the acclaimed Flowers series in 1981, a direct precursor to this, the Bouquet. The Flowers series, bottled with ornate illustrative labels (hand-drawn by Samaroli himself), were a sensation and finally provided Samaroli with the platform and audience he knew his whisky deserved, and in 1984, he rewarded their faith in his product with a whisky he felt they deserved, and it is possibly the greatest ever bottled. 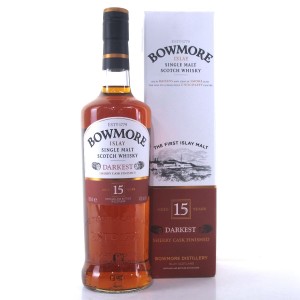 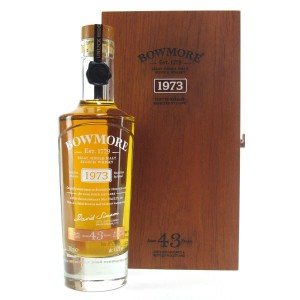 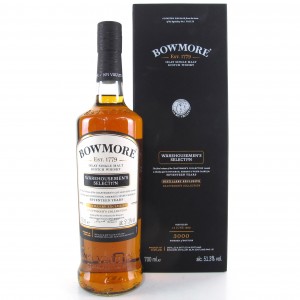